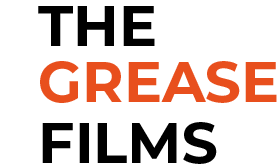 Religion and Society illustrates the multifaceted role religion plays in defining  personal identity and mediating one’s relationship with the state. It shows religion to be a potent identity marker and a powerful (though by no means exclusive) source of ethical orientation. Through a series of personal narratives we come to see how significantly a country’s approach to religious diversity can affect one’s sense of belonging as a citizen.

Countering Religious Extremism introduces viewers to six programmes that are working to prevent religiously inspired violent radicalisation around the world. This film addresses the danger of ideological exploitation of religion and the need to support communities in building resilience.

Both films are appropriate for general audiences and accessible in three languages (English narration with subtitles available in French and Italian).

Created specifically with educators and policymakers in mind, the GREASE documentaries  are intended to encourage critical reflection and invite discussion. Both films have been divided into “chapters” that can be watched in any sequence over multiple sessions, facilitating integration into lesson plans for secondary schools and universities. Additional resources (GREASE Country Reports, Concept Papers, thematic background, online courses) are available from the GREASE project website.

Commissioned by the GREASE research project, these documentaries were written and directed by Diego D’Innocenzo and Gabriele Colferai of the Rome-based production firm Terra.

Shooting took place in Australia, Bulgaria, Hungary, India, Italy, Morocco and the UK. GREASE project partners in all of these countries provided vital support to the production.